Skip to content
This site has limited support for your browser. We recommend switching to Edge, Chrome, Safari, or Firefox.

Whether you want to be a beachbum with a Pineapple in hand or head inland on a jeep for incredible views and adventures, there are countless islands that you must visit. We've done the due diligence of picking the best 5 islands to visit, and many of them won't even break the bank! 😉🌴 The island nation of Mauritius, tucked away off the south-eastern African coast might conjure up ideas of untouched beaches and honeymoon escapes, but there is much more to discover beyond the beaches.

From crashing waterfalls without a soul in sight to rum distilleries and cocktails for days, there are countless reasons to visit Mauritius. None other than the hospitality and warmth of the locals. To start to get a true sampling of the island life, leave the resort and head to the central market in the capital of Port Louis before venturing off to explore the monkey-ridden hikes, tea plantations and religious temples. Many new AirBnB options are also making Mauritius a more affordable destination than many would imagine.

There are countless reasons that Indonesia is an incredible country, and Komodo National Park is one of those. A testament to the vast variety of wildlife and adventures that span Indonesia’s 17,000 islands, here you can come face to face with dragons.

Indonesia recently tightened their visitor permits, so a planned entry hike has a conservation fee, however it is still absolutely worth visiting.

Chartering private boat or joining a tour is a must do! You will get to see some of the islands in one day, or take a liveaboard for a more extended adventure. Most boat trips kick off from Labuan Bajo, Flores, accessible by air from various Indonesian airports. The Komodo dragons, which inhabit the Komodo islands. Don't get too close! Aruba is a small island that  is best known for it's resorts, chaotic cruise ports, and beautiful beaches  but drive five minutes away from these, and you’ll find an untouched landscape ready for adventures.

One thing Aruba does not lack is the amount of activities offered. From the rugged beaches and incredible snorkelling to the slightly deeper scuba diving adventures around shipwrecks and sunken aeroplanes, the water life here ticks all the boxes. A must visit would be Flamingo beach.  Head to Renaissance Private Island to spend the day here. Apart from watching the playful flamingos, you can enjoy the beach for an entire day. Flamingo Beach is a full-service beach (with chairs, towels, bar, restaurant, bathrooms etc). You can pay for everything in both Dollars and local currency – Florin. Off the coast of Perth, in Australia's seemingly never-ending stretches of coastline and uninterrupted nature, Rottnest Island is slowly becoming famous world round. Rottnest Island not only has beautiful beaches, it is also home to the quokka- The happiest animal in the world- thanks to their tendency to have an adorable smile. You can Cycle the island and enjoy some amazing seafood afterwards. There is no doubt that Western Australia will let you down.

With that being said, as many of you know, the last few months have been devastating for Australia in the wildfires.

"Entire towns have been engulfed in flames, and residents across several states have lost their homes. The heaviest structural damage occurred in NSW, the country's most populated state, where 1,588 homes have been destroyed and over 650 damaged.
In total, more than 7.3 million hectares (17.9 million acres) have been burned across Australia's six states -- an area larger than the countries of Belgium and Denmark combined. The worst-affected state is NSW, with more than 4.9 million hectares (12.1 million acres) burned."- CNN 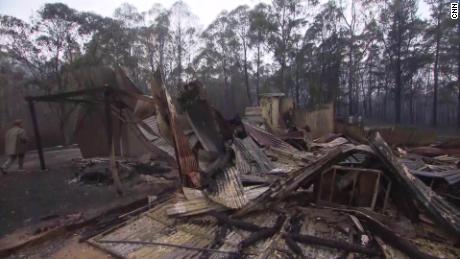 If you would like to donate, here are a few ways of how you can help.
Australian Red Cross      Salvation Army Australia  The NSW Rual Fire Service
5) SAN BLAS ISLANDS, PANAMA The San Blas islands are located off the coast of Panama and are a group of 365 islands. These pristine islands are home for the local indigenous people- the Kuna. They mainly reside on 49 of the islands. The islands are quite rustic and make for a great off-the-grid getaway. There are tons of beautiful spots for sailing, diving and snorkelling.
You can even book a sailing expedition here which costs about $425 per person for 5 days of sailing and island hopping. Not too bad!
We hope you have enjoyed this weeks blog post. Check out a few of our Tropical items that would be a perfect addition to an island getaway!
1) The Loopy Pineapple Strapless Bikini We're loopy for Pineapples! This bright strapless bikini will have you looking like sunshine on the beach, Pineapple Babe! Fitted with a mid coverage bottom and wire-free top, this delightfully classic yellow bikini will make you shine! Now only $60.00! Happy like pineapples, happy like lemonade! This adorable beach blanket is made with all pastel pineapples! Created with quick-dry soft microfibre, and adorned with hundreds of beautiful braided tassels  this beach blanket is big enough for you and all of your beach essentials! Now only $45.00!
3) Mommy & Me Off The Shoulder Pineapple Monokinis These beautiful boutique monokinis are sent from tropical heaven! With thoughtfully picked aloha print and flattering design, these matching swimsuits are not only adorable, they are also uniquely fitted to both Mama and Baby! Featuring supportive padding and lining for Mama, and stretch room to grow for the little one.  Now only $30.00!
We hope you enjoyed this week's blog! We will see you next week!🍍

Be the first to get special offers, exciting giveaways, once-in-a-lifetime promotions, and new products.

No more products available for purchase

Your cart is currently empty.